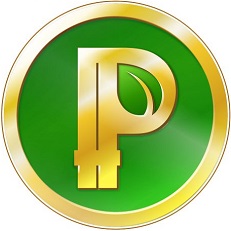 Peercoin (PPC) can be explained as an attempt at an alternative to Bitcoin that gets rid of the excessive amount of energy required to support the network.
At its core, Peercoin is very similar to Bitcoin in that it is a form of digital money that uses Blockchain to maintain all transactions. However, the Proof-of-Work concept used by most digital currencies requires a lot of power to add new blocks to the Blockchain. The Proof-of-Stake concept was made to fix this problem. Instead of using a power-hungry mining process, the staking process selects nodes based on how many coins are being held in an individual's virtual wallet.
This innovative concept-based cryptocurrency grew very fast, becoming the third largest cryptocurrency in the world in 2013. Today, however, Peercoin is currently ranked 202nd on CoinMarketCap.