Floods in Sichuan province, caused by 2 days of heavy rains, have reportedly resulted in the destruction of “tens of thousands” of cryptocurrency mining devices.

Recent floods in the Sichuan province of China have reportedly resulted in heavy damage to a major cryptocurrency mining operation in the area. The news was published on a local blockchain and crypto information platform Golden Finance (金色财经) June 30.

Ecns, the official English-language outlet of the China News Service (CNS), has reported that Sichuan and four other provinces in China experienced heavy rains on June 27 and 28, resulting in floods.

Golden Finance claims that a major cryptocurrency mining operation in Sichuan has been heavily affected, leading to a loss of “tens of thousands” of mining devices. The miners seem “almost impossible” to repair, according to the site.

As of press time it remains unclear what cryptocurrencies were being mined on the devices and how many of them precisely have been lost to the flood. 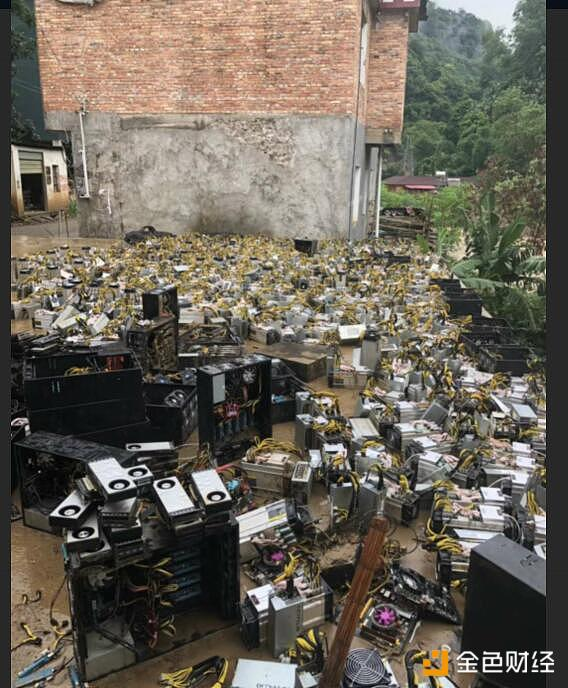 Mining is the computationally-intensive practice of using dedicated devices to process transactions and issue new coins in a cryptocurrency network. Bitcoin’s network alone is set to consume 0.5% of the world’s energy by the end of 2018, some reports claim.

A major share of Bitcoin mining takes place in China - as much as 70%, according to an earlier report by Cointelegraph. Specifically, the province of Sichuan has been called a “Bitcoin mining capital” due to the high concentration of mining operations in it, drawn in by the cold climate and cheap electricity.

Several news outlets, including Golden Finance, have associated the floods in Sichuan with a drop in Bitcoin network’s hashrate (total computational power). However, data from the Blockchain.com website shows that the hashrate has, in fact, increased from June 27 to 28, indicating that the floods’ effect was not significant enough to influence the entire network.